Opportunity before Congress to stop military use of toxic firefighting foam

UPDATE: The U.S. Senate passed its version of the military spending bill last week with a provision that ends the use of toxic firefighting foam by 2023. The issue now awaits a vote in the House.

The use of PFAS chemicals in firefighting foam is a major source of drinking water contamination, with PFAS contaminating the water of at least 1 in 20 Americans. A large amount of this contamination comes from military bases across the country.

Following the recent passage of state laws in Washington and Colorado that ban the sale of firefighting foams containing PFAS chemicals, Congress is now considering the issue as part of the military spending bill—the National Defense Authorization Act (NDAA). Both the House and Senate bills include proposals to phase out the use of toxic PFAS foam by the military.

This is an important opportunity to prevent further drinking water contamination by stopping a major use of toxic PFAS foam. The issue may come to a vote as soon as this month!

Preventing the use of these chemicals to avoid further contamination and disease has never been more important than now. PFAS are used in everyday  products from food packaging to firefighting foams, resulting in widespread pollution with PFAS that don’t break down and end up in our bodies. PFAS have been linked to increased risk for certain cancers , liver and kidney toxicity, suppression of the immune system, and elevated cholesterol. Firefighters are especially at risk of high exposure to these chemicals, which is why the firefighters have been some of the leading voices calling for an end to the use of these chemicals. In Washington state, the City of Issaquah spent over $1 million on a water filtration system to address PFAS contamination, and ensuring that residents of Airway Heights have drinkable water for a year will cost $687,000. Both cities’ water contamination can be traced to the use of PFAS-containing firefighting foam for military training.

The Department of Defense estimates that cleanup of military bases across the country due to foam use will cost at least $2 billion, and this price tag doesn’t even begin to cover healthcare costs for contaminated communities.

We don’t have to choose between clean drinking water and fighting fires. Safer alternatives are already in use throughout the country and world. For example, a recent fire at Seattle’s Lake Union was put out using a fluorine-free firefighting foam, chosen by the fire department for its effectiveness and superior environmental profile.

Please join us in calling your Senators and Representatives and telling them that “sooner is better”—the military should stop using these highly toxic chemicals immediately!

We’re glad to see an attempt at action at the federal level, but it is important the foams be phased out as soon as possible to prevent further contamination. Join us in calling for an end to the use of PFAS firefighting foam by the military.

Find the number for your House Representative

Please join us in calling your Representatives and telling them that “sooner is better”—the military should stop using these highly toxic chemicals immediately! 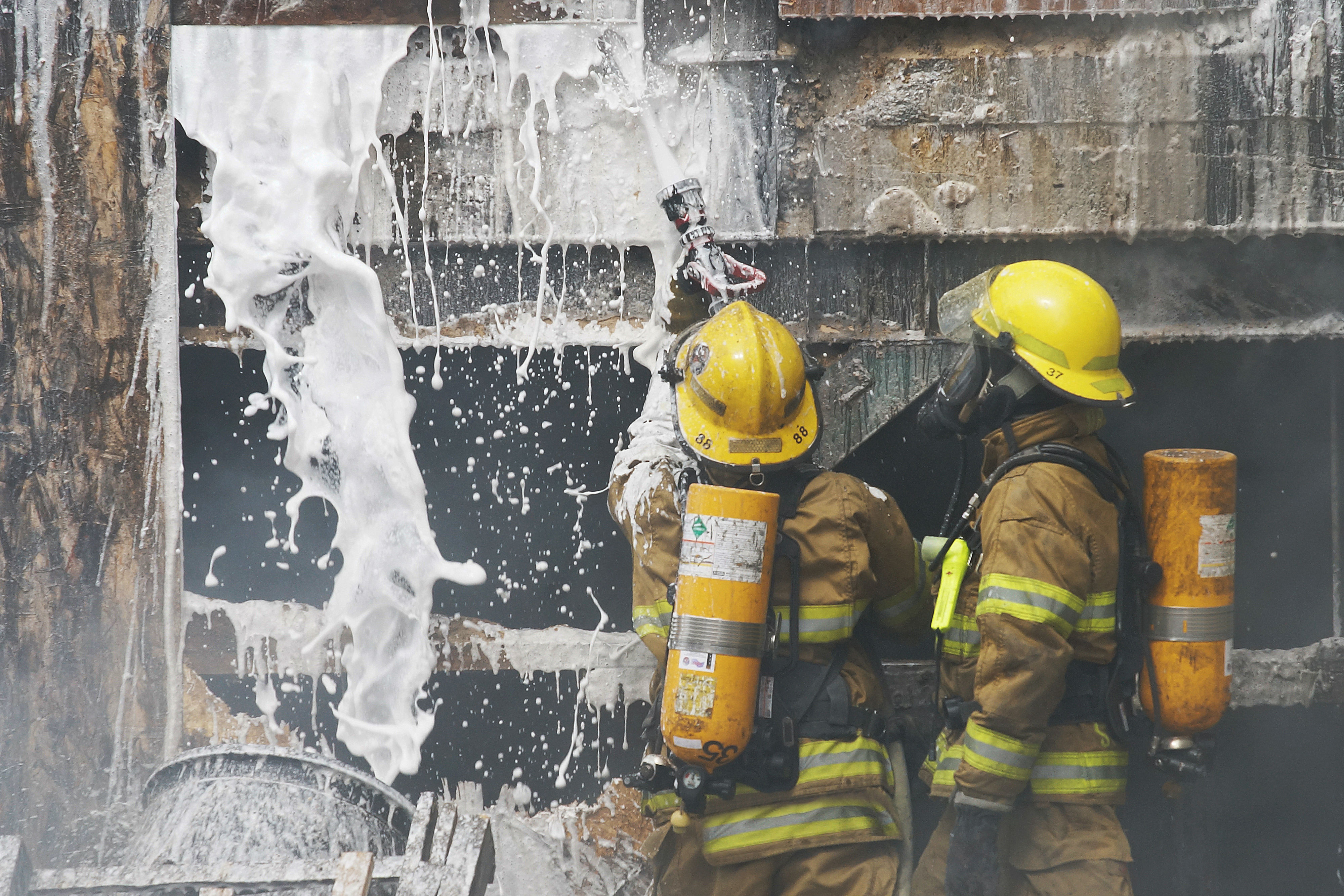